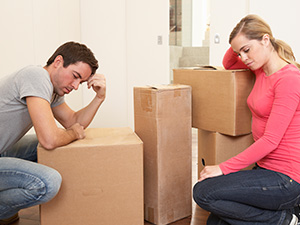 2.1) The moral harassment suffered by the employee justifies taking the act of termination to produce the effects of no dismissal.

The Paris Labor Court, on January 14, 2021 (n ° RG F 17/07435), ruling as a tie-breaker, recalls that breaches by the employer of its obligations, as long as they are sufficiently serious and recent to prevent the maintenance of the employment contract, justify the taking of an act by the employee of the breach of his contract, to the wrongs of the employer.

This rupture can then be analyzed as a dismissal without real and serious cause, where applicable in a null dismissal, if the rupture occurs because of acts of moral harassment of which the employee would have been the victim.

Proof of the breaches alleged against the employer must be reported by the employee.

Pursuant to the provisions of Article L.1152-1 of the Labor Code, no employee must suffer repeated acts of moral harassment which have as their object or effect a deterioration of their working conditions likely to infringe their rights. and their dignity, to alter their physical or mental health or to compromise their professional future.

Article L. 1154-1 of the Labor Code specifies that, when a dispute arises relating to the application of the aforementioned provisions, the employee establishes facts which make it possible to presume the existence of harassment.

In view of these elements, it is for the defendant to prove that these actions do not constitute such harassment and that its decision is justified by objective factors unrelated to any harassment.

The judge forms his conviction after ordering, if necessary, all the investigative measures he considers useful.

In this case, Mrs X, who justifies having taken note of the termination of the employment contract by letter of November 24, 2017 after having sent her employer emails dated July 18, 2017 and August 29, 2017 by which she complains of acts of moral harassment, produces the following elements:

- A warning, which she considers unjustified, notified on November 8, 2015.

- A questionnaire dated October 18, 2016 drawn up as part of an investigation for moral harassment in which Ms. X reports an abnormal overload of work and insults to which she is the victim from another employee, Ms. Y.

- An e-mail of December 23, 2016, under the terms of which she is a candidate for two posts of litigation officer and a follow-up e-mail of January 10, 2017 in which she is surprised to have had no response, a letter addressed to her employer on January 17, 2017 by which she refused her assignment to a position of "technical assistant" considering that it was a demotion and finally an email of January 24, 2017 by which she was surprised to be summoned to an interview for a specific allocation officer position for which she has not applied.

- Reminders from his employer, in November 2016, for not having sent his sick leave on time.

- Exchanges of letters demonstrating that a control visit was set up on July 10, 2017, while she was on sick leave, DOMAXIS SA of HLM then decided to withhold her additional salary.

- A proposal for contractual termination made by his employer.

- Letters reminding us of unjustified absences dated November 17 and 18, 2017 while she was on sick leave.

The prud'homal judge considers, on the other hand, that Mrs X does not provide evidence demonstrating that she was the subject of a petition requesting her departure from the service or of an attempted eviction on the rehousing objectives.

In addition, he considers that the elements established by the employee, including the medical elements, nevertheless suggest the existence of moral harassment.

The prudential judge noted that DOMAXIS SA of HLM, for its part, produced elements capable of demonstrating that some of the facts invoked were justified by objective elements unrelated to any moral harassment.

To real all the article, please click on the link below