French Employment law : reclassification of 10 years of fixed-term contracts into permanent contracts and unjustified dismissal of an SG manager of EDA in OPEX (Paris CA March 10, 2021) 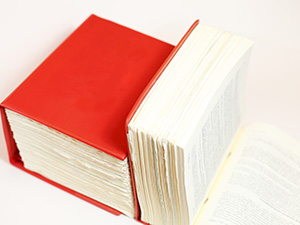 Taking into account the rejection of the request for salary reminder, the average salary for the calculation of severance payments is 3,070.36 euros per month.

Pursuant to the provisions of Article L. 1245-2 of the Labor Code, when the Labor Court grants an employee's request to reclassify a fixed-term contract into an open-ended contract, it grants him, at the employer's expense, an indemnity which may not be less than one month's salary.

Given that the practice put in place by the employer has continued with regard to Mr. Y for more than ten years, he will be awarded compensation of 5,000 euros in this regard.

It is common ground that the EDA did not continue with Mr Y's employment contract at the end of his last mission, in January 2014, and did not initiate a dismissal procedure, so that the termination of the contractual relationship can be analyzed as dismissal without real and serious cause.

The Court affirms that under the provisions of Article 20 of the EDA Civilian Staff Rules, the dismissed employee is given two months' notice.

The request made by Mr. Y for notice compensation in the amount of 6,140.72 euros will therefore be granted.

The appellate judges recalled that under Article 23 of the same regulations, the termination indemnity is calculated as follows:

F) the indemnities or fractions of redundancy indemnities which result from the application of the provisions of §b above are reduced by one tenth per year completed after the sixtieth when the dismissed agent has reached or exceeded the age of sixty-one years from the date of his dismissal.

The Court affirms that given the requalification, Mr. Y has a seniority dating back to October 2, 2003, the rupture having occurred on January 21, 2014, ie ten years and three months, taken into account for ten years.

The compensation corresponding to the last two years is therefore reduced by 10%.

The compensation is therefore calculated as follows:

4.5) Compensation for dismissal without real and serious cause.

Under these conditions, under the terms of Article L. 1235-3 of the Labor Code in the version applicable to the present case, if a dismissal occurs for a cause that is not real and serious and that there is no When the employee has not been reinstated in the company, the employee at the employer's expense is granted compensation which may not be less than the wages of the last six months.

In this case, Mr. Y was retired when he held additional functions in the army commissary.

He also turned down the offer made to him a few months after the end of his previous contract because he had apparently found another job.

The Court considers, however, that it is appropriate to increase the minimum indemnity to which he is entitled, to take account of the error made by his employer, who sent him an offer of employment which was not intended for him, which increased the damage linked to the break-up.

In view of these elements, he will be awarded a sum of 20,000 euros as compensation for dismissal without real and serious cause.

To read the full brief, click on the link below