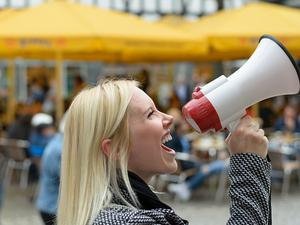 In a decision of July 6th, 2022 n ° 21-13631, the social chamber of the Court of Cassation recalls the conditions to be respected to carry out an internal investigation: impartiality, confidentiality and loyalty.

Failing to comply with these recommendations when carrying out an internal investigation, the employer is failing in its safety obligation.

Mrs. [X], hired from June 1, 1993 with resumption of seniority on March 16, 1981 as registration manager by Ceva Animal Health (the company), was called on December 26, 2013 to a preliminary interview with a view to a sanction in connection with a questioning of its management methods.

On January 31, 2014, when she had been off work since November 14, 2013 after a first work stoppage, the company notified her of a disciplinary transfer by registered letter to which was attached a draft amendment to the work corresponding to the new position, amendment that the employee signed on February 3, 2014.

On July 31, 2014, the employee was declared unfit for her job by the occupational physician during a medical check-up in a single examination.

She was dismissed on August 27, 2014 for incapacity and impossibility of reclassification.

On January 27, 2015, citing moral harassment which would be the cause of her incapacity, she seized the industrial tribunal, asking in particular for the nullity of the dismissal and the payment of various sums.

In a decision of September 2, 2020 (n°17/04500), the Bordeaux Court of Appeal partially accepted the employee's requests by ordering the company to pay various sums for dismissal without real and serious cause.

The company complains about the decision of the Court of Appeal of Bordeaux:

To declare that the dismissal is without real and serious cause, to order her to pay the employee sums as compensation for notice, as leave paid on notice and as compensation for dismissal without real cause and seriously, and to order the automatic reimbursement to Pôle emploi, by the company, of the unemployment benefits paid to the employee within the limit of four months, whereas a breach of the security obligation does not characterize nor any possible blunders committed within the framework of an investigation organized into the management of an employee following the suffering at work expressed by an employee placed under his responsibility, nor the announcement of the sanction envisaged against the manager of the said employee to the members of the management committee before the implementation of the disciplinary procedure;

. That in this case, the Court of Appeal, in order to hold the existence of a breach of the security obligation at the origin of Mrs. X's incapacity, limited itself to noting that the immediate suspicions expressed by the human resources manager on the faulty behavior of Mrs X, at the origin of the suffering expressed by Mrs B, the fact that the employer entrusted an investigation to the N + 1, Mr W, of whom no one in the company was aware that he could have strained relations with Mrs X, of having referred to the report of an external consultant without asking him to identify the statements collected individually or to give concrete examples to illustrate the accusations of psychological abuse;

. To have informed the members of the CODIR on November 14, 2013 in a peremptory manner of the sanction of disciplinary transfer envisaged before having initiated the procedure in compliance with the texts, so that the news had been able to spread in society before Mrs X was summoned, showed that there had been a sudden excitement and effervescence around reactions following a meeting, when Mrs X was a former employee in the company and her professional behavior had never justified any call to order or any warning, and that this brutal questioning, with the repercussions that may have accompanied the investigation, the collection of certificates, the solicitation of a consultant, and the premature announcement of the sanction envisaged, subject to publicity, could only be humiliating for Mrs. X, even if all or part of the facts would have existed;

. That in so ruling, the Bordeaux Court of Appeal did not characterize any breach by the employer of its obligation of safety, and deprived its decision of a legal basis with regard to article L4121-1 of the Code du work, all articles L1235-1 and L1226-2 of the Labor Code.

Having observed on the one hand that,

. following a meeting on September 30, 2013, at the end of which an employee who was part of the team headed by the employee had submitted a request for an interview with her superiors, the employer had entrusted an investigation to the direct superior of the employee with whom the disagreement was known and that the members of the management committee had been informed as of November 14, 2013 of the proposal made to the employee for a disciplinary transfer even before the initiation of the disciplinary procedure,

. and on the other hand retained the brutal questioning of an employee having a great seniority without the slightest antecedent as well as the consecutive deterioration of the state of health, both physical and moral, of the employee on sick leave from November 14 2013, then declared unfit for her position on July 31, 2014, the Court of Appeal was able to deduce that the hasty and humiliating questioning of the employee, without consideration or sufficient precautions, at least until the end of the disciplinary proceedings initiated, constituted a breach by the employer of the safety obligation.

The plea is therefore unfounded.

The Court of Cassation dismissed the appeals, both principal and incidental.

4) Analysis of the decision.

She had claimed that

"the decision holds that the employer carried out an investigation without discretion, against and without allowing the respondent to have his witnesses heard, of little importance that before the national disciplinary council the employee was able to assert his rights, justifying thus without contradicting itself, the allocation of damages to the employee”.

The social chamber maintains a position identical to that of the recommendations of the French Anticorruption Agency (AFA) which invite the protagonists to be vigilant both in the choice of the actors of the investigation and in its progress.

Impartiality and loyalty are essential conditions for the proper conduct of an internal investigation.

In the decision of July 6, 2022, the Court of Cassation considers that the instruction entrusted to the direct hierarchical superior of the employee when there was a notorious disagreement between them, was conducted in a biased manner.

The Court of Cassation recalls that the disciplinary sanction envisaged must remain confidential until the closure of the internal investigation.

That by publicly disclosing the will to notify a disciplinary transfer with regard to the employee, the employer failed in its obligation of safety, leading to the deterioration of the physical and mental health of the latter until she is declared unfit for her position.

Article L4121-1 of the Labor Code requires the employer to take all necessary measures to ensure the safety and protect the physical and mental health of its employees.

In a decision of February 22, 2002 n°99-18389, the Court of Cassation recalls that the employer's obligation of safety is an obligation of result from which he cannot escape.

When an accident at work or an occupational disease is the result of the employer's negligence, his liability may be incurred for inexcusable fault when he was or should have been aware of the dangers to which the employee was exposed and did not taken the necessary measures to preserve it.

In its decision of July 6, 2022, the social chamber recalls the sine qua non conditions for conducting an internal investigation: impartiality, confidentiality and loyalty.

These are principles from which there can be no derogation, failing which the employer will be considered to have violated his safety obligation.